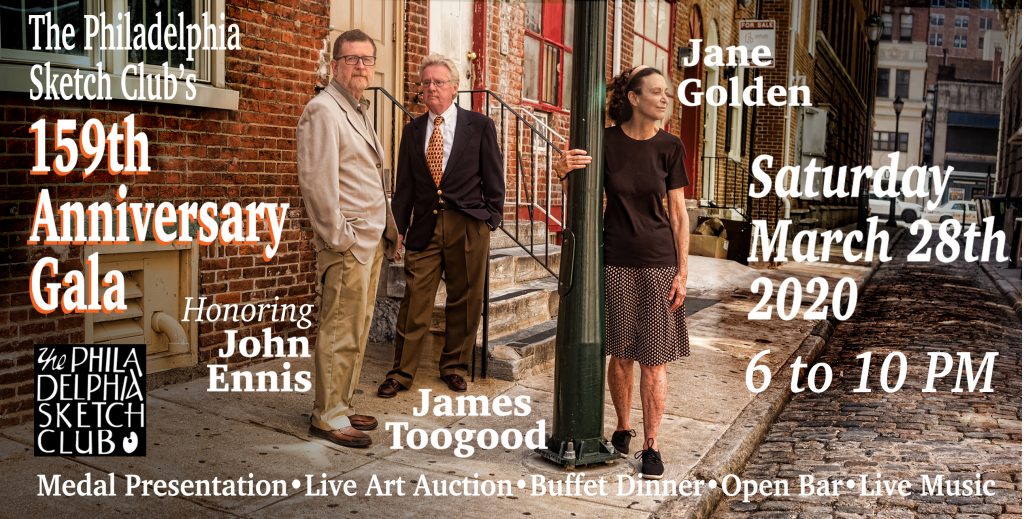 See More Details and Purchase Tickets Here!
Please join us for our 159th Anniversary Gala on Saturday, March 28th.  The Gala will be held at the Philadelphia Sketch Club, 235 S. Camac Street, Philadelphia, PA 19107, from 6 to 10 PM.  You will have a fun time and get to mix with many prominent members of the artistic community.  At the Gala, we will honor three of America’s top artists, John Ennis, Jane Golden and James Toogood, with the presentation of the Philadelphia Sketch Club Medal. Below is the advertisement of the event that appears in the March issue of ICON Magazine.

In addition to the medal presentations, highlights of the evening will include an unreserved live auction of artworks by the honorees John Ennis and James Toogood, and a Moe Brooker donated work in honor of Jane Golden.  Other donated contemporary and historic works in the live auction are by the artists Henry Pitz, Domenic DiStefano, Carl Weber, Anthony Autorino, T. Norman Mansell, Cesare Ricciardi and Doree Loschiavo. The auction will be conducted by David Weiss, Senior Vice President at Freeman’s and a specialist on the Antiques Road Show.  Images and descriptions of the live auction items are attached.  There will also be an open bar, deluxe hors d’oeuvres and live music. 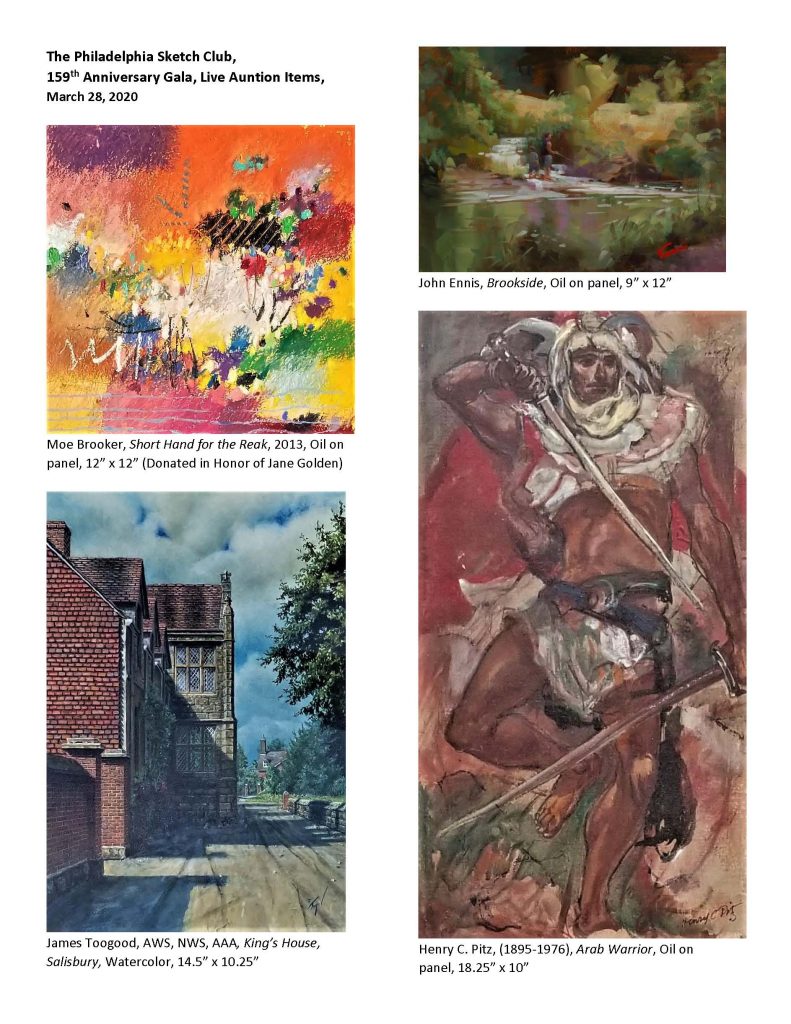 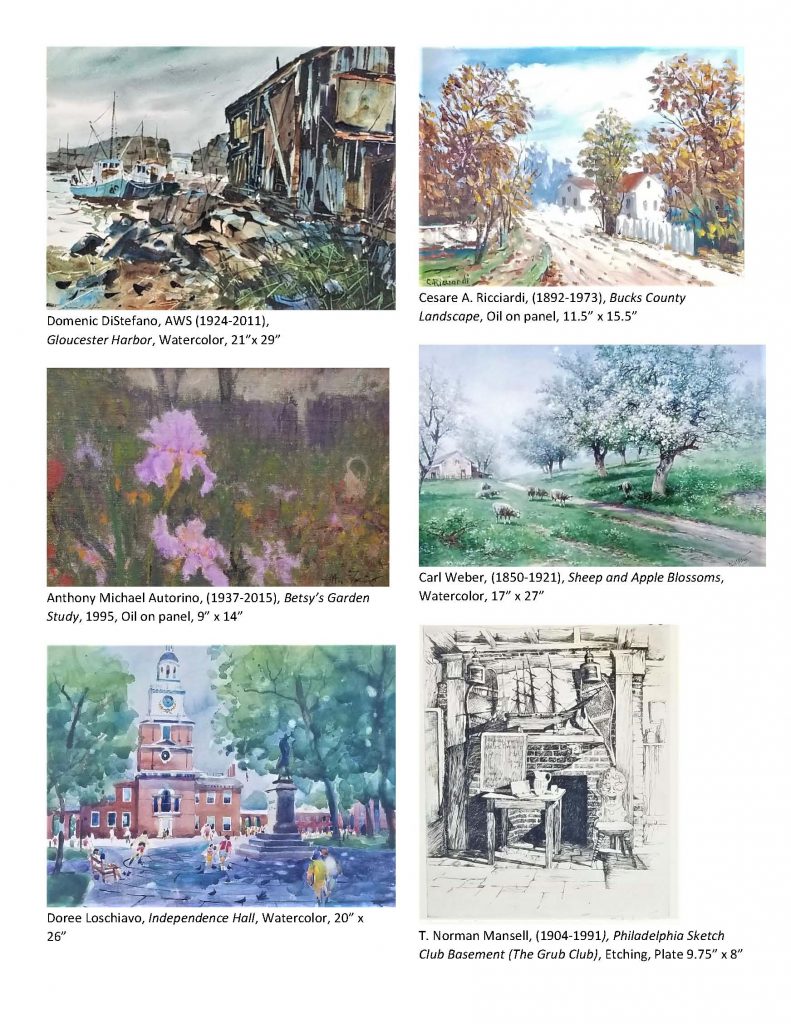